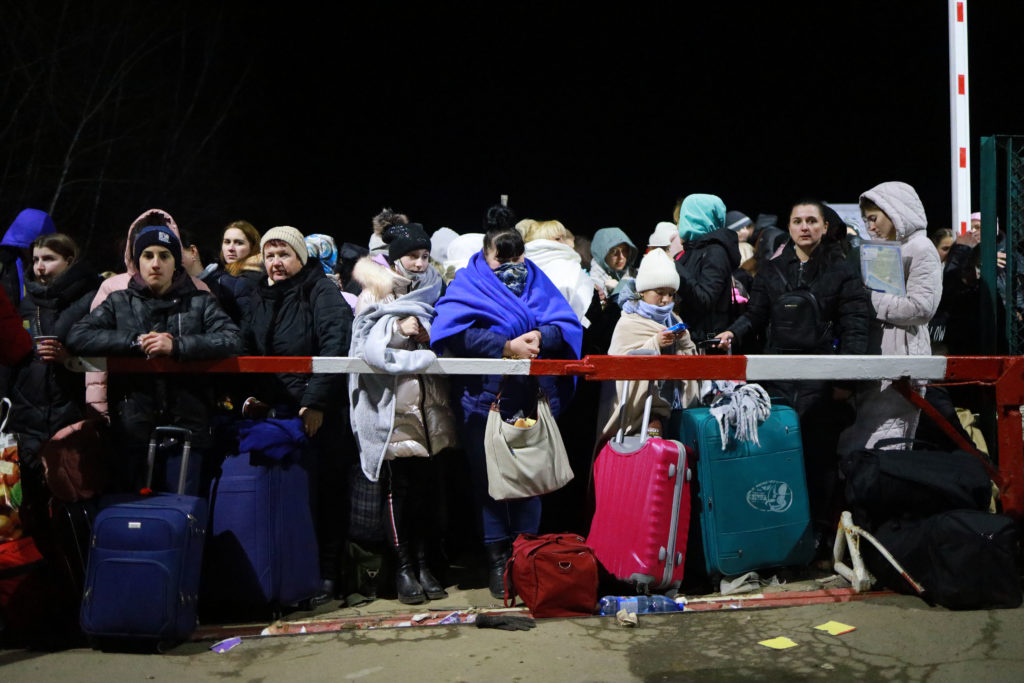 Needs Growing for Over 8 Million Internally Displaced in Ukraine

The number of people internally displaced by the war in Ukraine has surpassed the 8 million mark, according to the International Organization for Migration’s (IOM) latest report.

This represents a 24 per cent increase when compared to the first internal displacement figures published on 16 March.

Conducted between 17 April and 3 May, the survey highlights financial support as the overwhelming need among the internally displaced persons (IDPs): two-thirds of those surveyed identified cash assistance as one of their needs, compared to 49 per cent at the beginning of the war. Over 70 per cent expressed that they would utilize cash assistance to cover food and/or medical expenses.

“The needs of those internally displaced and all affected by the war in Ukraine are growing by the hour,“ says IOM Director General António Vitorino. „Access to populations in need of aid remains a challenge amid active hostilities, but our teams are committed to continue delivering urgent assistance inside Ukraine and in neighbouring countries.“

As the humanitarian crisis continues to worsen, more internally displaced Ukrainians (44 per cent) are considering further relocation – more than double the figure from 16 March (18 per cent). Find more information here.

Copyright 2022 Ambrela - Platform for Development Organisations. This site is funded by the EU and SlovakAid. Ambrela is solely responsible for its content and does not necessarily reflect the views of the EU.

This website uses cookies to improve your experience while you navigate through the website. Out of these, the cookies that are categorized as necessary are stored on your browser as they are essential for the working of basic functionalities of the website. We also use third-party cookies that help us analyze and understand how you use this website. These cookies will be stored in your browser only with your consent. You also have the option to opt-out of these cookies. But opting out of some of these cookies may affect your browsing experience.
Necessary Vždy zapnuté
Necessary cookies are absolutely essential for the website to function properly. This category only includes cookies that ensures basic functionalities and security features of the website. These cookies do not store any personal information.
Non-necessary
Any cookies that may not be particularly necessary for the website to function and is used specifically to collect user personal data via analytics, ads, other embedded contents are termed as non-necessary cookies. It is mandatory to procure user consent prior to running these cookies on your website.
ULOŽIŤ A PRIJAŤ